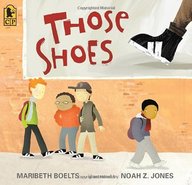 Your child comes home from his friend Jimmy’s house excited. You can see he has contracted the “Gotta-Have-It Bug”.  Jimmy has the latest electronic gadget and your child extols the virtues of this gadget in tones of rapture. He eventually winds down. But after dinner he looks it up on the computer and regales you with its speed, its graphics, and its functions. He speaks a foreign language you have never heard. This is the same child who gripes and grumps and groans about studying for history tests because of all those dates and about studying for science because of all those new words that are hard to pronounce and hard to spell and just plain hard to remember.  But it only took him half an hour to spout all the new jargon that goes with the gadget and all the numbers associated with it.
One by one all of his friends buy the new and very expensive gadget. He tells you he has to have it in tones that suggest this is a life and death matter. You know that it is a “want” not a “need.” While the “fever of want” is upon him, you know there is nothing you can say that he will comprehend other than “ Yes,  I am going to the store right now to get you one.” You also know that in a week or two the other children will have cast this new gadget aside and gone on to something else. Your child has a closet full of sneakers and gadgets and other paraphernalia from previous epidemics of the “Gotta-Have-It Bug.”

Those shoes by Maribeth Boelt presents the story of a child with the “fever of want” upon him. This child is being raised by his grandmother who responds to his request for the newest, coolest sneakers with “there’s no room for ‘want’ around here—just ‘need’ ... “and what you need are new boots for the winter.”
​
But she understands “want.” The grandmother takes the boy to a shoe store to check the price—she has a little money set aside. But they are just too expensive. She then traipses from one thrift store to the next with her grandson to try to find a pair. And they do find them. They are too small. The grandmother can’t spend money for shoes that are too small. But the boy has a little money of his own and buys them. He is in so much pain he limps. Eventually, he is forced to wear the only pair of shoes available to him. They are from the school’s lost and found. They have a cartoon character on them and every one in his class laughs at him except Antonio, who also doesn’t have the cool sneakers. Knowing that the shoes would fit Antonio the boy puts them on them his doorstep, leaving before Antonio opens the door.

Finally snow falls and the cool sneakers give way to new boots. The boy has brand new boots because grandma had purchased them knowing that he would need them. Antonio has figured out who left the shoes, thanks the boy, and the two race out into the snow together. A friend has been made and a fad is at an end—at least this one.

This book opens up the concept of “need” versus “want.”  The author Maribeth Boelts has been a volunteer for many years with groups for children and teens. She is familiar with the financial struggles of many of these children and writes from her deep knowledge of their experiences. However, even in affluent families, there is frequently not enough money for everyone’s wants. Needs in any family have to be a priority. Children do not automatically grasp that their intense yearning and desire for something is often a “want” rather than a “need.”

Even if you have the money to buy the newest gadget or clothing fashion or piece of sports equipment, you are torn. You do not want your child to feel left out, ostracized, or teased. You weigh your child’s suffering against his need to learn to be his own person—to learn how to successfully navigate peer pressure, and the relentless pressure of Madison Avenue marketing. When he gets older you know there will be pressure to do drugs or crazy, dangerous things a bored friend thinks will be fun. You know that it is very, very far in the future, but you also think about how many people incur large debt or go bankrupt because the advertisers have convinced them they are only likeable, lovable, or successful if they own certain things.

You, also, weigh your child’s suffering against his need to learn that material possessions do not buy happiness and should not be a means to buy friends. In fact good friends won’t be concerned about what your child does or does not have.  You know that friends are about common interests, loyalty, and having your back in a crisis. You know this. Your child will need to learn this.

Finally, you weigh your child’s suffering against your own experiences as a child, an adolescent, and even as an adult. It feels good, good, good, sometimes to be a part of the newest and latest fad, craze, or fashion. It can be fun to get caught up in all the ecstasy and excitement of recounting the wonders of the new gadget, the new fashion, the new activity. Your child needs these types of moments too. Moments to be a part of something fun and exciting, moments to turn envy and jealousy into I’m cool too, and moments that while frivolous in some respects will still be treasured later in life. And sometimes a new fad might really be something your child will come to embrace as a permanent interest.

And so what will you do? Sometimes you will say “Yes” so he can have those treasured moments and perhaps discover an interest he didn’t realize was a passion for him. You will definitely say “Yes” if he is going through a difficult time because his best friend moved away or he has been ill or had a number of setbacks. Other times, you will say “No”. It will be hard but you know that while there will be suffering there will also be valuable learning.  And this book that focuses on the difference between “need” and “want” is perfect to spontaneously spark a conversation before the next epidemic of the “Gotta-Have-It Bug” brings on the unrelenting “fever of want”.
More Essays